A few days ago, Apple released the results for its 2022 fiscal second quarter (which ran from December 26, 2021, to March 26, 2022) and held a call with analysts to discuss the results.  Unlike Apple’s Q1 which contains all of the holiday sales, Apple’s Q2 is usually not a particularly interesting quarter.  But this year, Apple’s Q2 was a big financial success.  Back in 2018, Apple posted record Q2 revenue of $61.1 billion.  This time last year, Apple set another Q2 record with $89.6 billion.  This year, Apple set another record, reporting $97.3 billion, up 9% year-over-year.  But as explained below, Apple also warned investors that Q3 will not be so rosy; supply constraints as a result of COVID shutting down factories in China plus industry-wide silicon shortages mean that Apple’s revenue in April, May, and June will be less than it would have been if Apple could sell all of the products that people want to buy.  If you want to get all of the nitty gritty details, you can download the audio from the conference call from iTunes, or you can read a transcript of the call prepared by Jason Snell of Six Colors.  Apple’s official press release is here.  Here are the items that stood out to me. 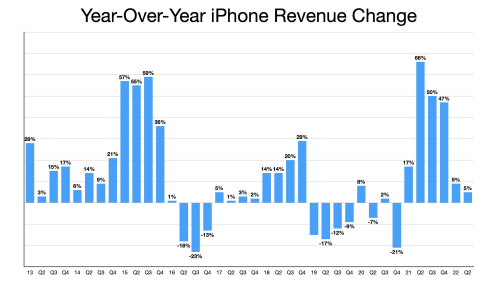 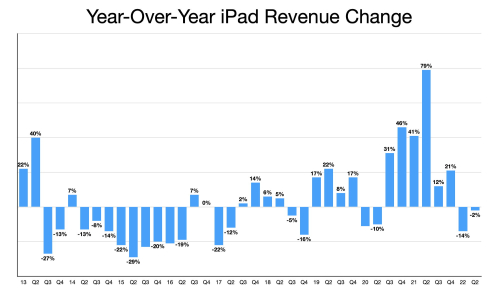