I spent Sunday night preparing for a mediation, so I didn’t turn on the Academy Awards until the incident that caused Twitter to explode near the end.  Nevertheless, the show was on my mind because I was curious to see how the movie CODA would fare on its three Oscar nominations.  I enjoyed that movie, and with everything going on in the world today, I had hoped to see some recognition for a great movie with a positive message that promotes acceptance of others even if they are different from what society deems to be the norm.  I was also curious how the movie would do because the movie streamed on Apple TV+.  Apple bought the rights to the movie after seeing it at Sundance—Apple paid $25 million, the highest price ever for a movie that debuted at Sundance—and then Apple promoted the movie heavily.  For its efforts, Apple became the first streaming service to win Best Picture at the Academy Awards.  That’s a pretty impressive achievement for a service that only launched in late 2019.

In a press release, Zack Van Amburg, Apple’s head of Worldwide Video, said: “On behalf of everyone at Apple, we are so grateful to the Academy for the honors bestowed on ‘CODA’ this evening,  We join our teams all over the world in celebrating Siân, Troy, the producers, and the entire cast and crew for bringing such a powerful representation of the Deaf community to audiences, and breaking so many barriers in the process.  It has been so rewarding to share this life-affirming, vibrant story, which reminds us of the power of film to bring the world together.” 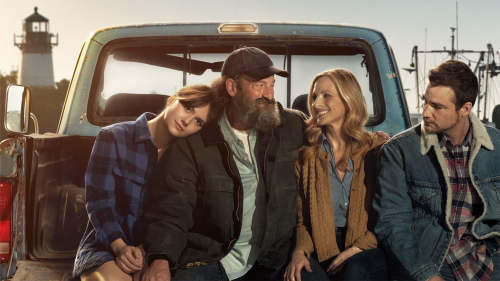 Obviously, these three Oscars give Apple some bragging rights, but I suspect that Apple is just as happy that the wins will help Apple to grow its Apple TV+ service even more, attracting even more great content.  As actor Troy Kotsur (who played the father in the film, and was responsible for many of the funniest moments in the movie) said as he accepted the Oscar for Best Supporting Actor, “[i]t’s really amazing that our film CODA has reached out worldwide.”  Over the past few weeks, I’ve heard many folks associated with CODA remark how happy they were that CODA has been enjoyed by so many audiences around the world.  That’s something that Apple wants folks who make movies and TV shows to hear: sign with us and you can get widespread distribution for the art that you create, and we will help you to get the highest possible recognition for your great work including Oscars, Emmys, etc.  As Angela of Watercutter of Wired wrote: “CODA’s Best Picture win proves that the landscape of filmmaking has changed once again.”

When Apple TV+ debuted, analyst Neil Cybart of Above Avalon wrote about why he thought that Apple’s strategy with Apple TV+ could be successful.  Among other things, he noted that (1) many folks subscribe to multiple streaming services, so there is an audience for another good one, (2) Apple could focus on just having high-quality content instead of having a large amount of mediocre content, a strategy that Apple has long pursued in its hardware, and (3) Apple doesn’t have the desire to obtain and sell the personal data of its customers, which could make Apple’s service increasingly attractive as more people make purchasing decisions based upon maintaining their online privacy.  His predictions turned out to be prescient.  And as a result, Apple now has a great offering in the services category, a revenue source for Apple that brings in money month after month in contrast to the ups and downs of the hardware buying cycle.

It is incredible to see what Apple TV+ has achieved in just over two years.  What started as a service that people received for free when they bought a new iPhone but only included a handful of shows has turned into a service with a large number of high quality shows, many of them award-winning.  Over time, Apple has made Apple TV+ available on a growing number of platforms—for example, Allison McDaniel of 9to5Mac recently reported that the service will soon be available for many hotel guests on the TV in their hotel room—but you know that the service will always look excellent on Apple devices, such as the Apple TV hardware.  Thus, folks who buy products in the Apple ecosystem are sure to have some great content for their devices.

In the authorized biography of Steve Jobs written by Walter Isaacson, Jobs told Isaacson that he wanted Apple “to do for television sets what he had done for computers, music players, and phones: make them simple and elegant.”  Jobs was talking about the TV interface, and he was probably referring more to the Apple TV hardware than any content streamed by Apple.  Even so, from the Apple TV hardware to the Apple TV+ streaming service, it has been interesting to watch Apple steadily develop into a major participant in the world of television.